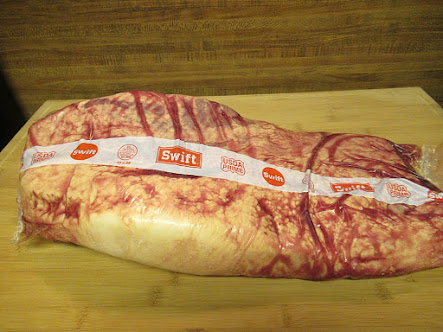 Did the usual prep work of trimming off excess fat and tried to cut the fat cap down to 1/4 inch or so.  Trimmed off about 3 lbs of fat. 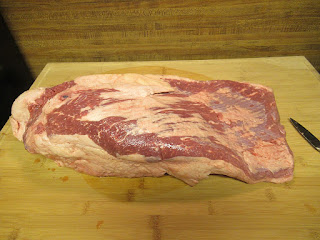 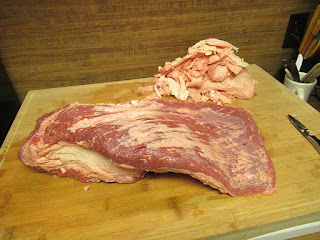 Cut it in half to fit in our little bullet smoker and coated liberally with North Main All N 1 seasoning.
The halves went onto the smoker about 11:30 am and we plan to smoke heavily for about 7 hours.  Then into the oven until tender. 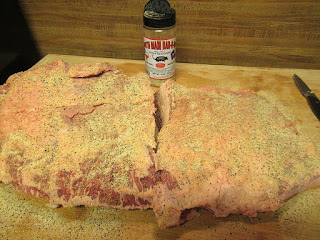 After 7 hours on the smoker 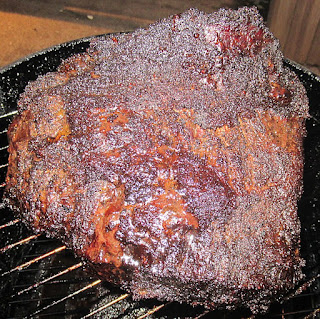 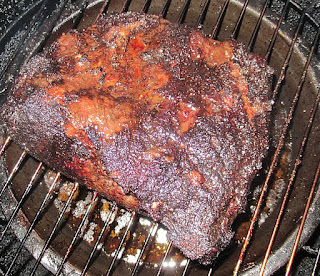 The brisket halves were then wrapped tightly in foil then into an oven at 250 for another 5 hours.  The house sure smelled great! 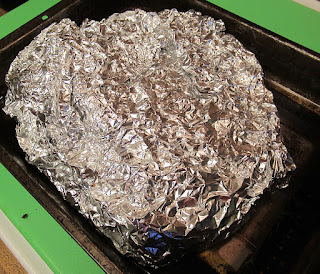 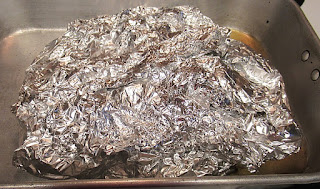 On checking the temperature after 5 hours I knew they were done when I put the probe in.  It slid in like butter and topped off at 195 degrees. 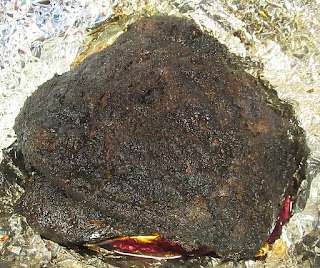 On slicing I could tell the brisket was a bit overcooked.  I guess that prime cooks a little faster than choice.  4 hours in the oven would have probably been a bit better.  The bottom of the flat was a bit crusty but it is some tasty crust. 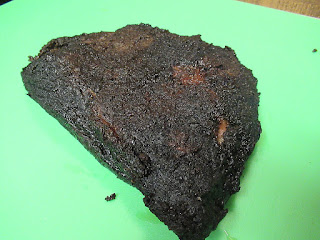 Smoke flavor and moisture are good but the texture is a bit loose.  Still, we have some tasty brisket to munch on for the next few days.  And the house still smells great! 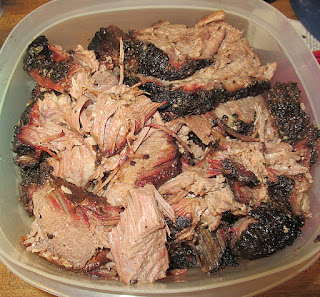 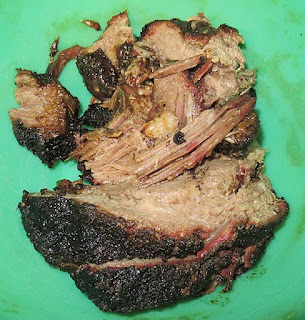 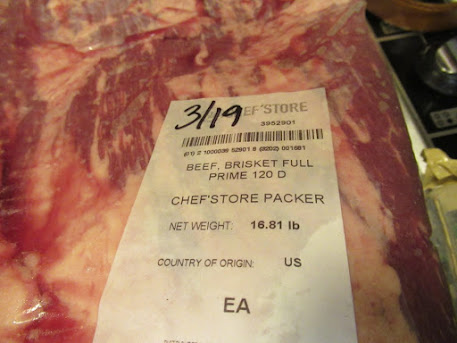 Not much positive came out of the mini-ice age we just went through here in Texas.  However, since many BBQ joints could not open, there is a surplus of USDA Prime briskets. The US Chef'Store had a bunch on sale for just $3.09 a pound and I had never seen a price that low.  We've never smoked a prime brisket before, so we're going to smoke this puppy up later this week.  Stay tuned. 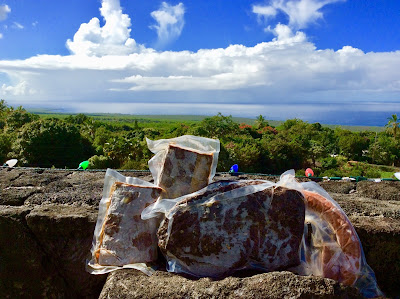 We sent our friends Diane and Larry in Captain Cook, Hawaii some Slow Bone BBQ for Christmas.  They sent back these pix (along with a bunch of goodies from Hawaii).  We do this cultural exchange every year. 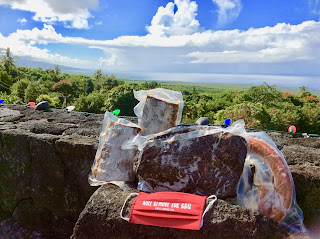 Give the gift of BBQ!

Just a reminder, many great Texas BBQ joints will ship worldwide.  Texas BBQ is a welcome gift almost anywhere!  Not only will you make your friends happy but you will be supporting some great Texas businesses who could really use your help.  Give the gift of BBQ! 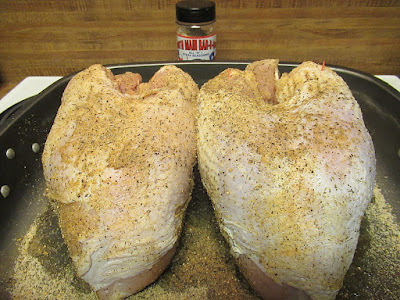 Since we're staying away from everyone this Thanksgiving,  just for grins, we decided to smoke a couple of 4 pound turkey breasts.  One was prepped and brined overnight using Aaron Franklin's brine recipe.  The second was prepped straight out of the bag.  Both got a good dose of North Main BBQ All-N-1 seasoning.  The plan is to smoke for 3 hours, check the temperature, then finish wrapped in the oven with a lot of butter. 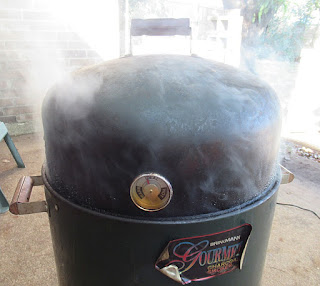 3 hours in and we are here.  Temperature is only around 130, so time to butter 'em up and into the oven for another hour or so. 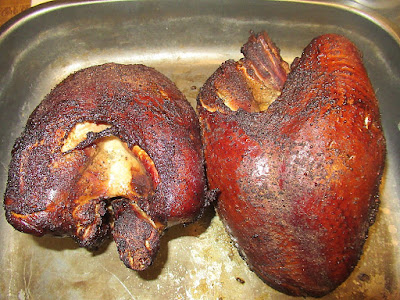 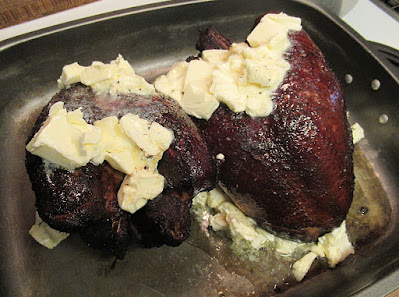 The final results.  Fabulous.  My Mrs and I agreed the brined turkey was a bit juicier, but it was also a bit salty (well, duh).  Both had excellent smoke flavor and sliced like butter.  As we discovered with salmon filets, sometimes all the extra prep doesn't add much.  We will definitely be having a happy Thanksgiving with these smoky meats and some extra happy days as well. 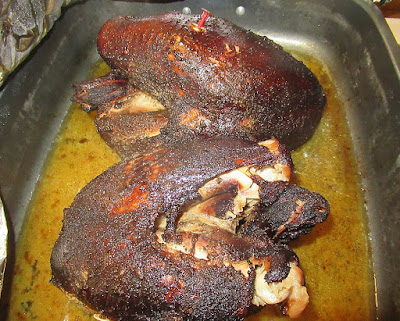 Yes, it's a thing in Colorado.  Can pot infused brisket be far behind??  Thanks to my buddy Dave in Austin for the link. 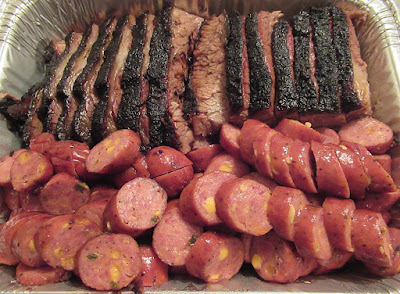 My brother wanted to do a social distance get together this afternoon in their back yard so we loaded up with Green's to take over to Oak Cliff.  Mighty fine.  He now has something similar to North Main's "All N 1" spice and I look forward to trying it out once he offers it in larger bottles. 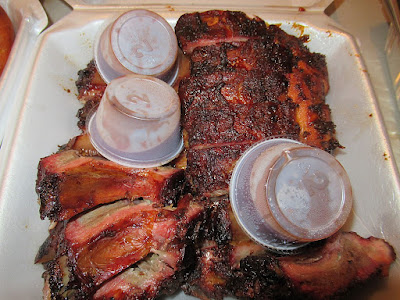 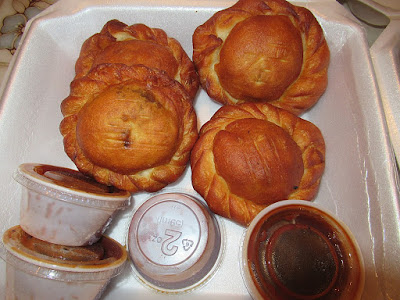 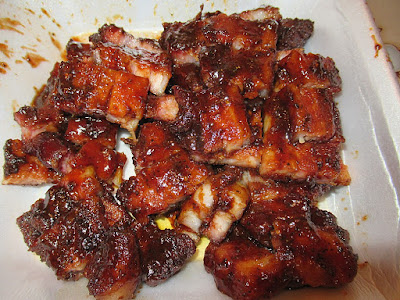 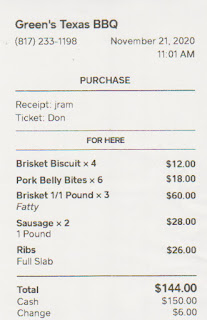