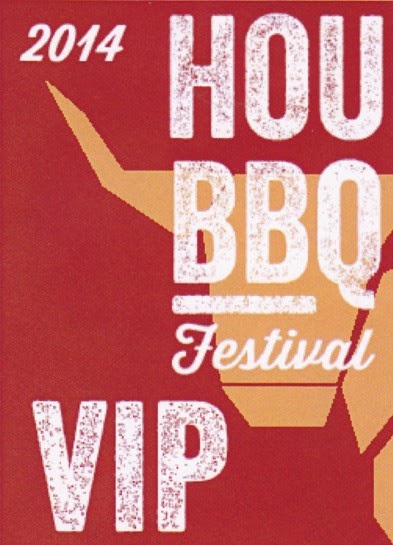 This was our second year at the Houston BBQ Fest and once again it was fun, if not delicious.  The weather was a bit dicey at first, but the rain was never heavy or steady.  Ponchos kept us dry and we ferried our paper sample boats full of meat to the dining tents in a 1 gallon ziploc bag, keeping the food dry without any extra water added. 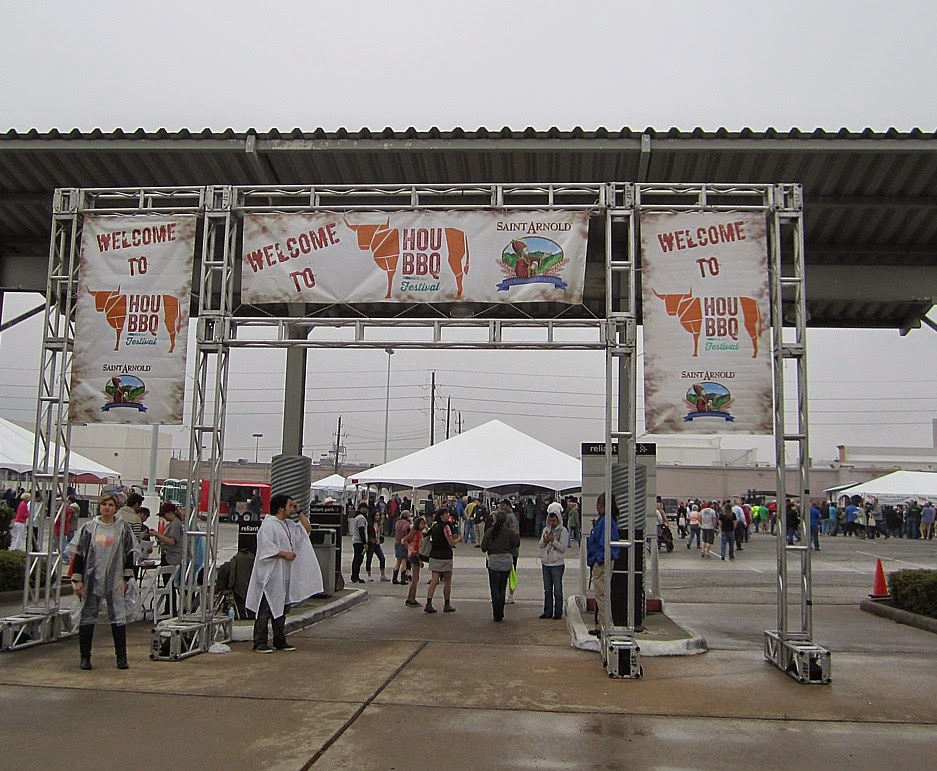 Once again we went with the VIP tickets and it was a very wise investment.  We got through all 20 joints well before the general admission hordes descended. 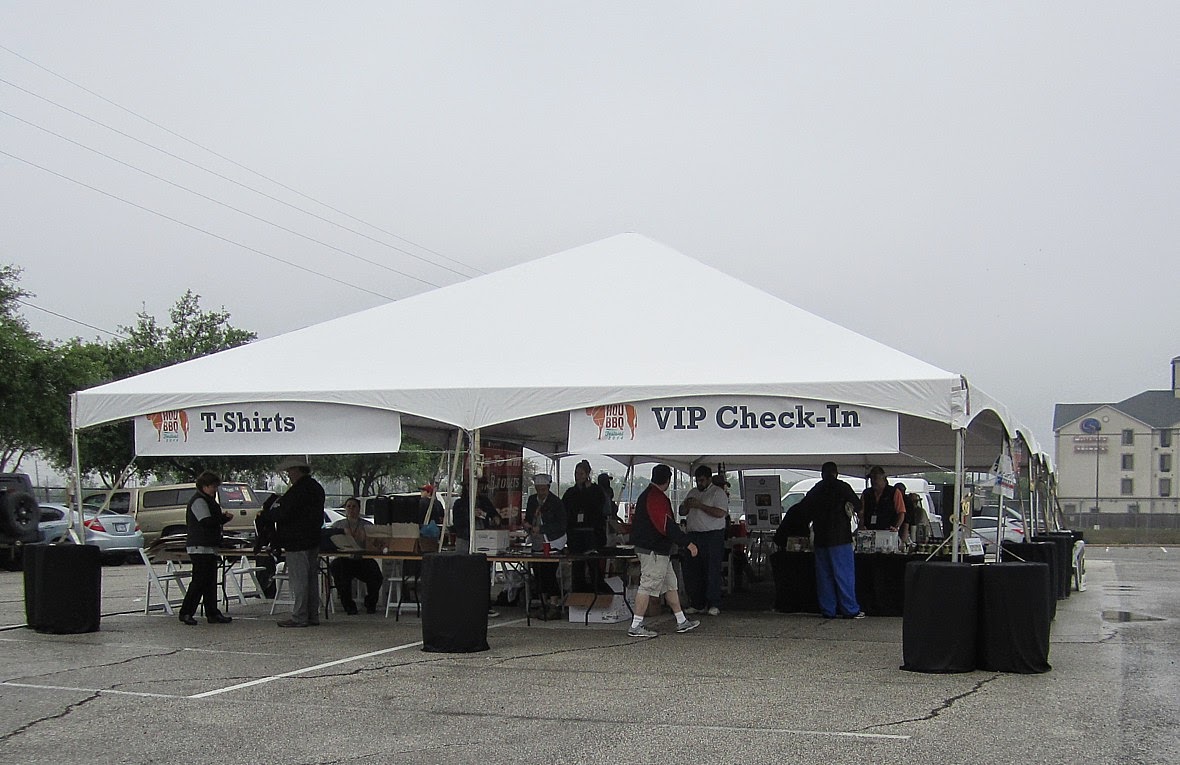 Out of the whole day, and sampling 20 different BBQ joints, the single piece of meat I would have gone back for was Louie Mueller's jalapeno sausage.  I knew that already!  A lot of the brisket was way overcooked.  When you tried to pick up a slice they often crumbled.  Several ribs were also overcooked and the meat had fallen off the bone by the time we got to the table.  A couple of ribs were undercooked and very, very tough.  I kept thinking back to the bite of New Zion brisket I had the day before and nothing at this fest even came close.  Daniel "the BBQ snob" was in attendence and I caught a photo of him with Mike, one of the organizers. 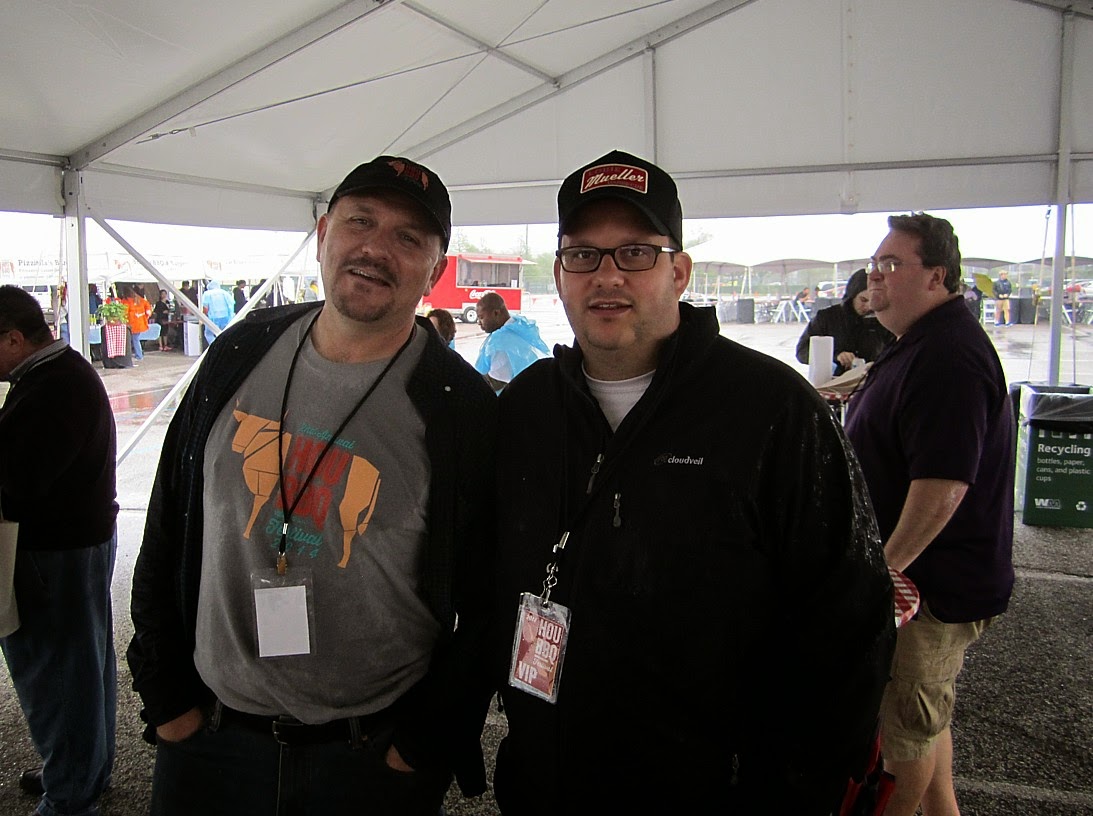 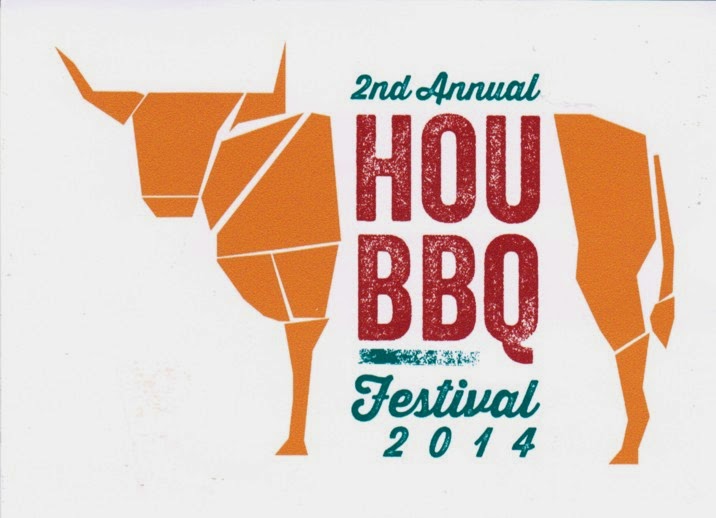 I sampled all 20 spots but Scott stopped short.  However after awhile I sort of stopped taking photos because most of the food was just very average.  We stayed a bit after they opened the general admission gates at 1 pm, took a few more photos, then headed to Lockhart.  Food photos will follow in a separate post below. 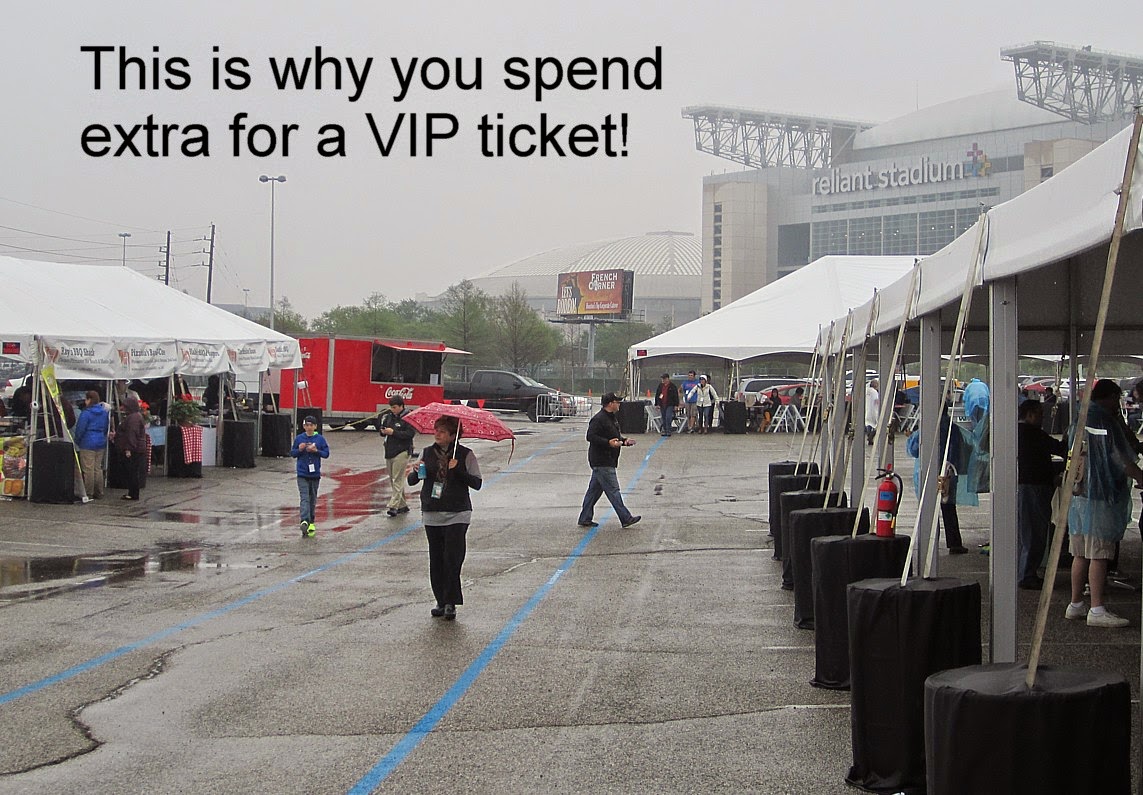 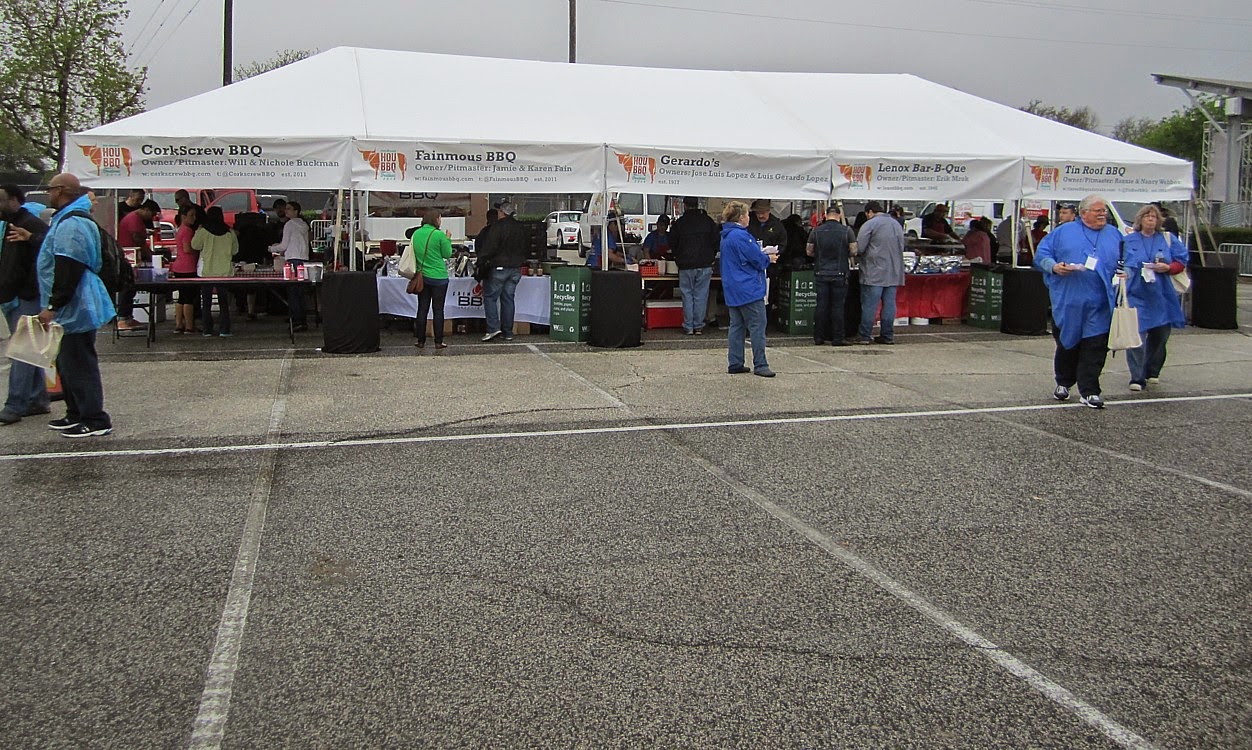 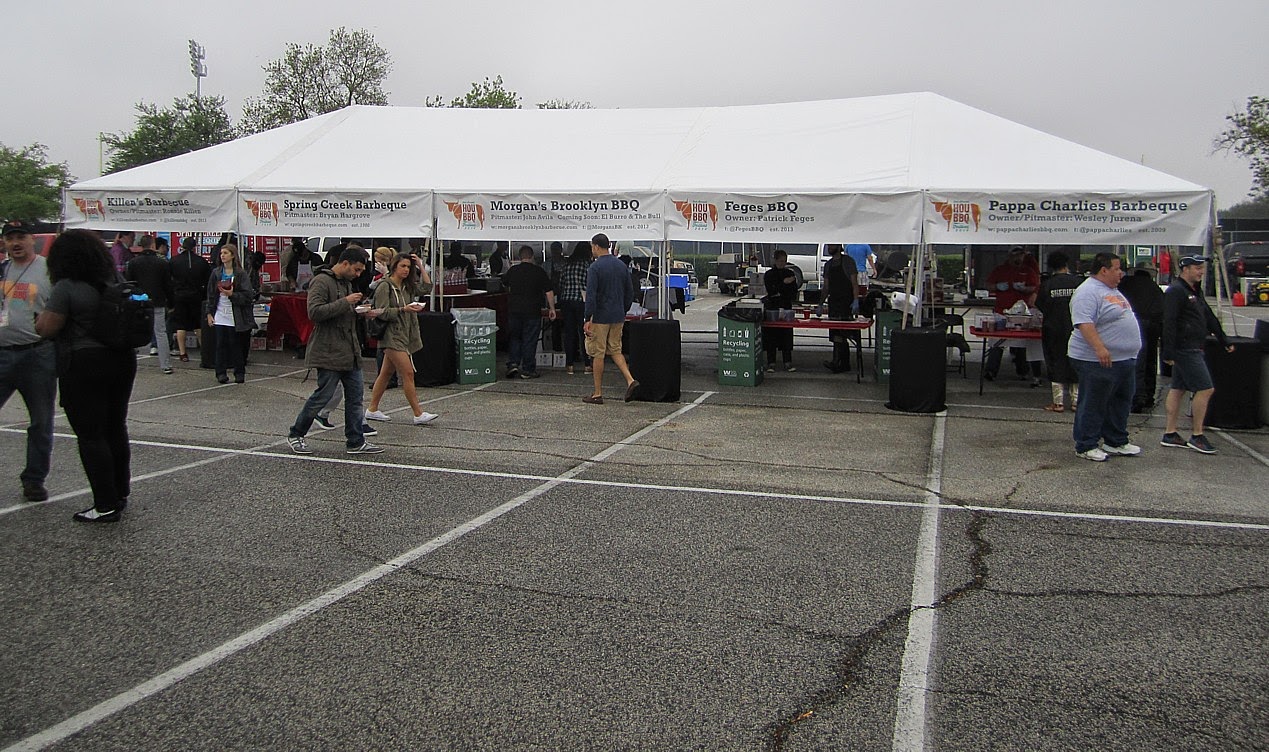 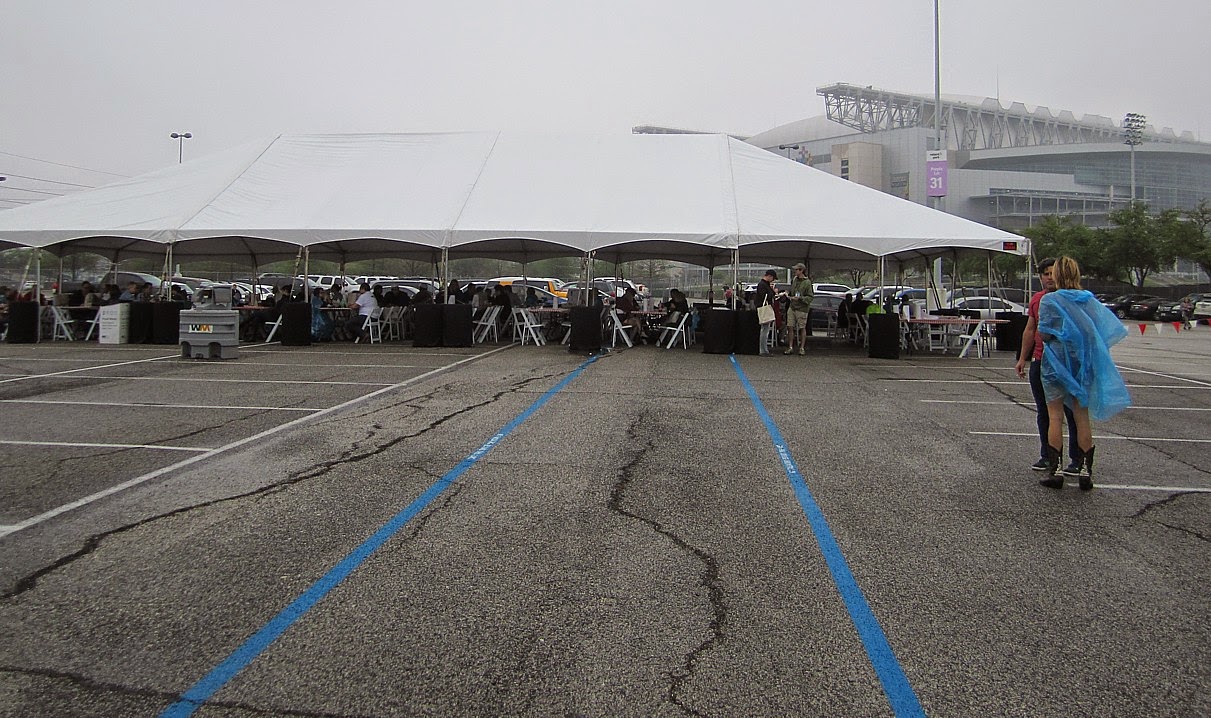 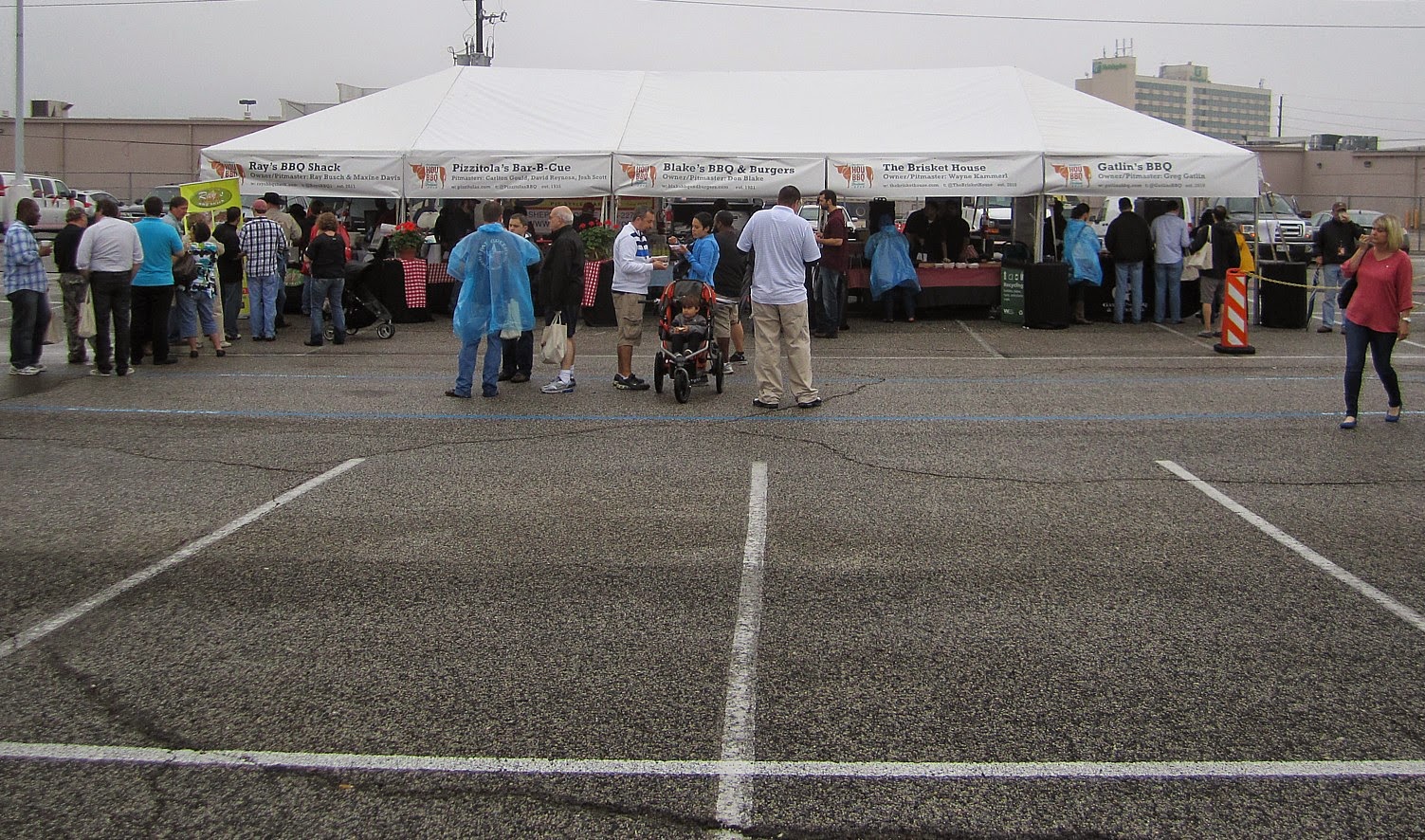 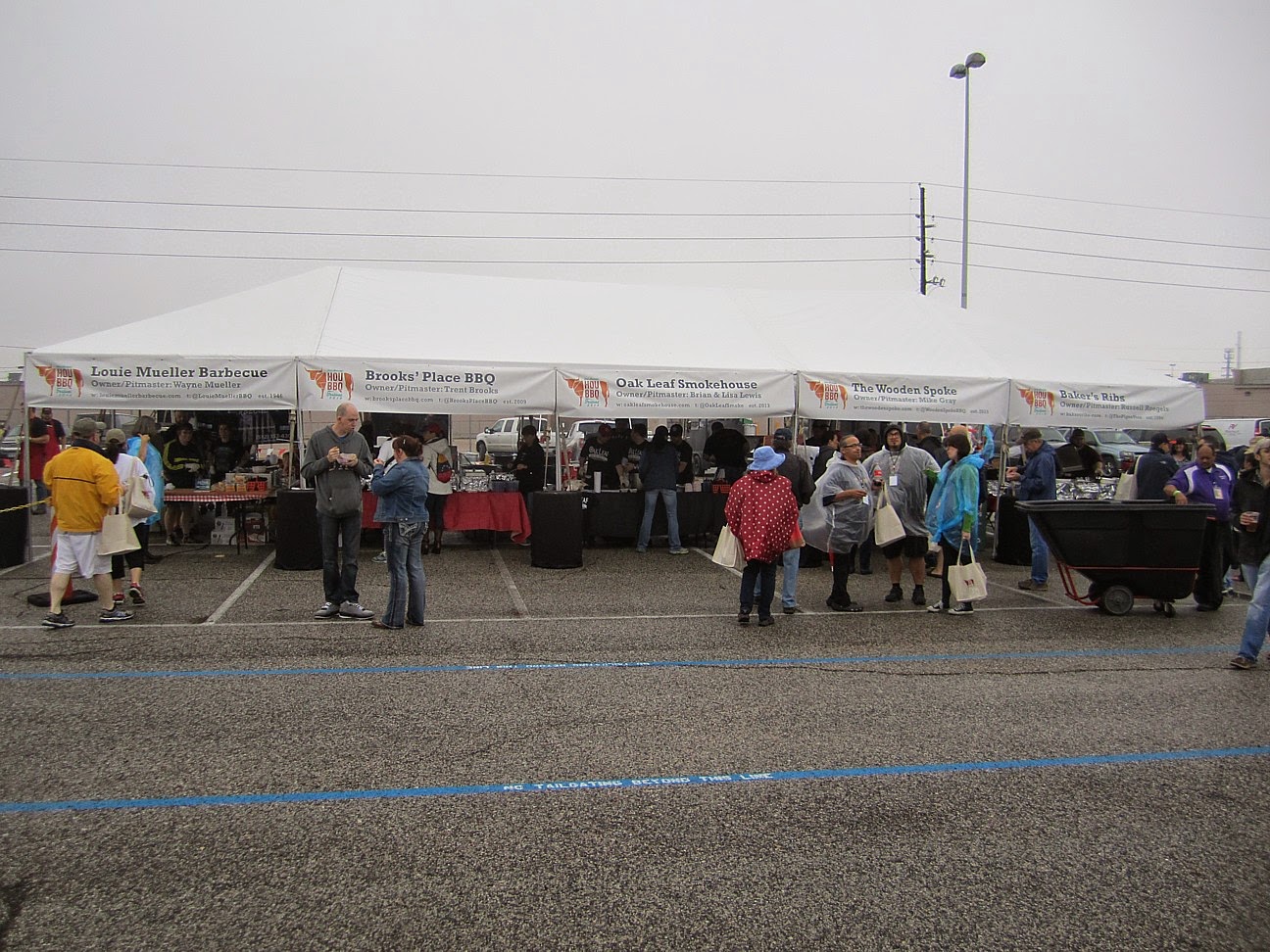 Below, the hordes of general admission patrons awaiting 1 pm opening. 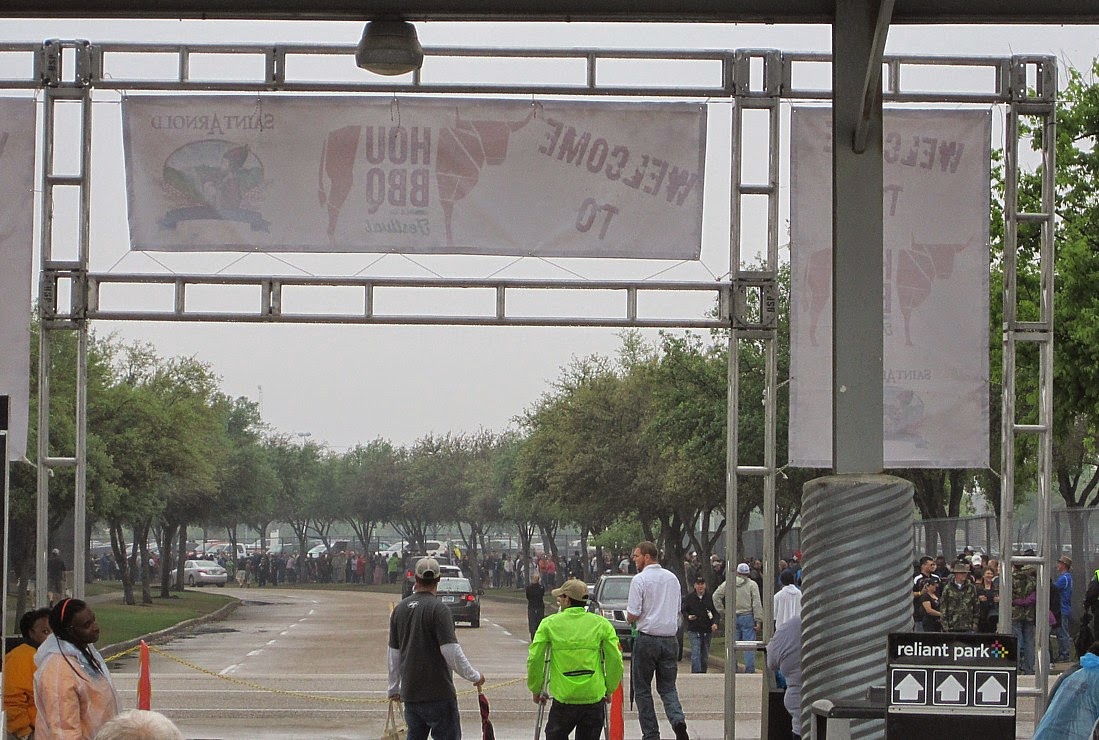 After the doors opened. 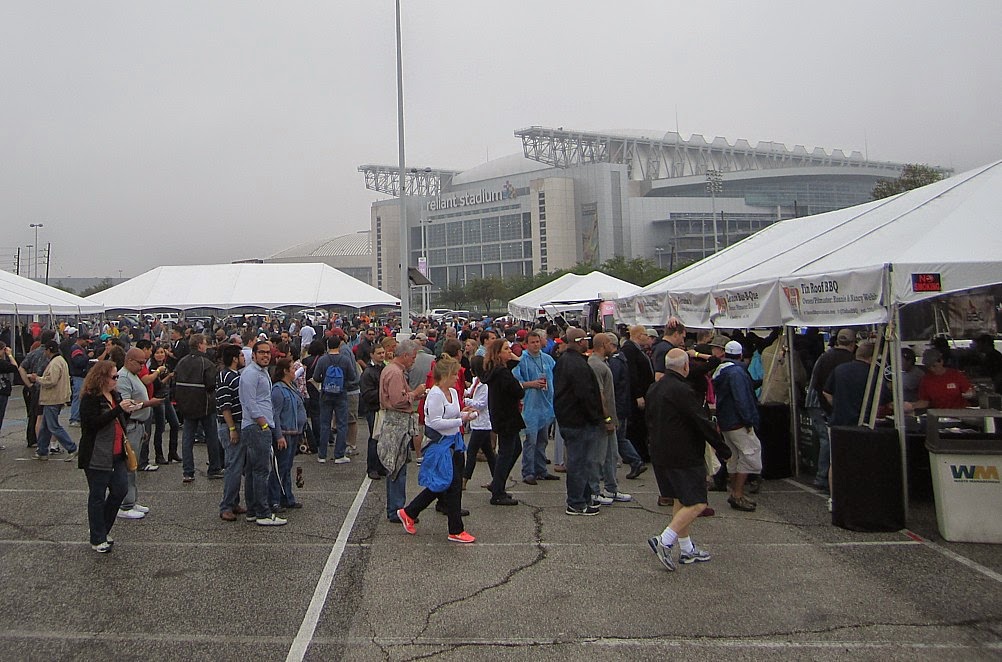 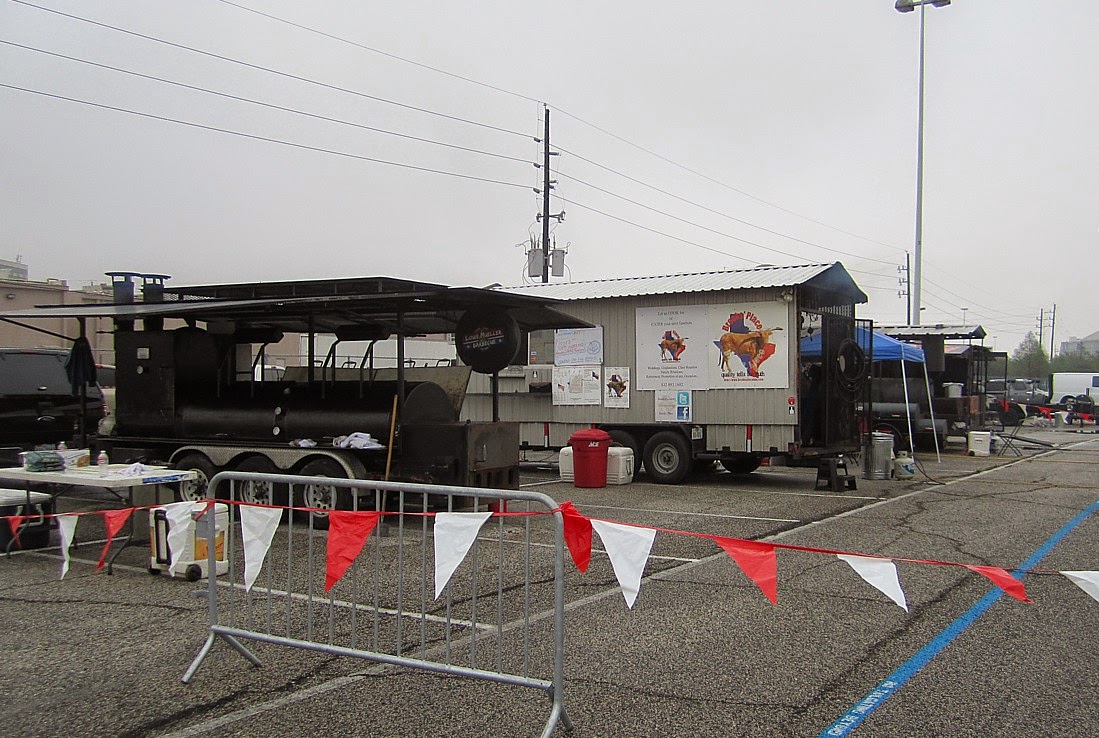 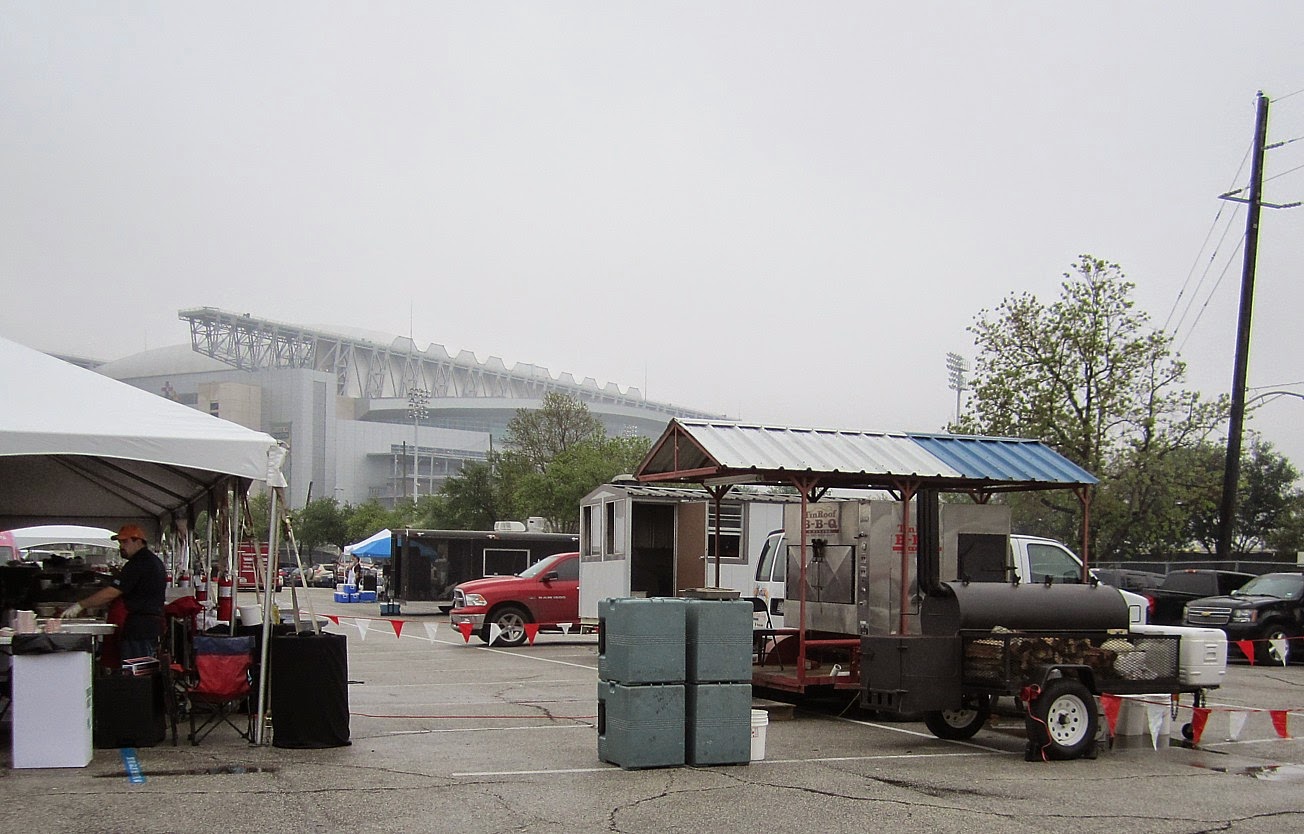