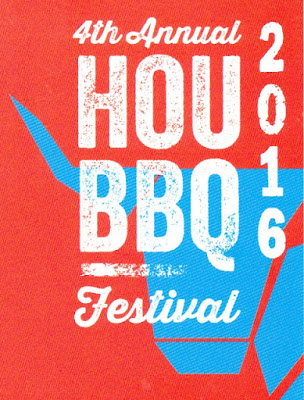 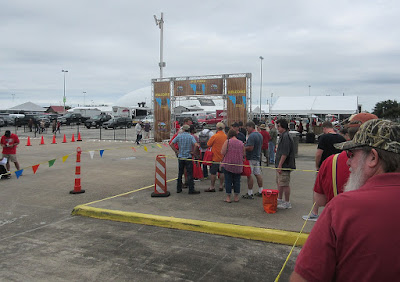 As usual we bought the VIP tickets.  We arrived about 45 minutes early and were 30 or so folks back in the line.  They came down the line with scanners and logged everyone in.  That was followed with a cart carrying the VIP bags, lanyards, and other goodies, and then by a third cart carrying T-shirts.  All we did was get in line and they came around and checked us in.  They even had a drink cart going up and down the line for beverage purchases while we waited.  All as easy as easy gets.  They even provided a small cardboard tray for those who hadn't brought one.  Our beer box trays were bigger, but what a great idea! 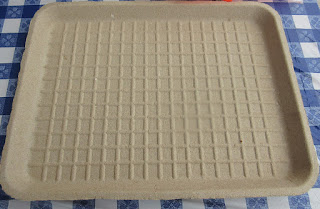 At 11:45 they opened the gate and let us in, 15 minutes early!  A nice treat for those of us who arrived early.  Inside we did our usual deal, gathering 5 or 6 samples in our boxes then heading back to a nice covered tent to chow down. 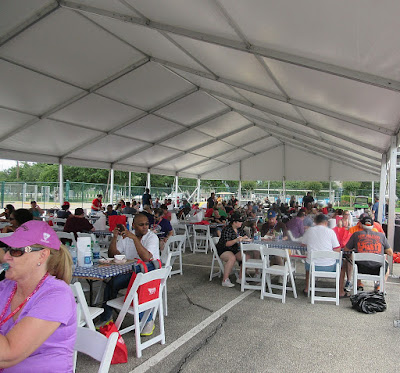 As always, we just had a bite or two from each offering then saved anything we liked to our big ziploc bags.  With 26 joints to sample, and some very generous participants, that amounted to a LOT of food. 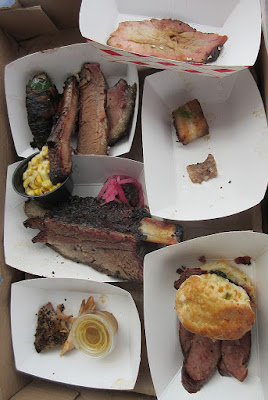 As always, sample size and content varied widely.  The photo above is a good example.  Roegel's was handing out whole beef ribs while nearby you got a small cube of brisket and another of pork belly.  A few had sides, many had wild offerings from boudain balls, smoked alligator, pastrami, jalapeno poppers, and more. 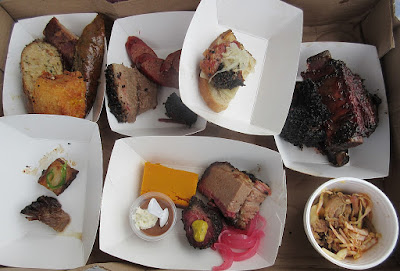 Chocolate mousse, fried corn, and all kinds of sausage. 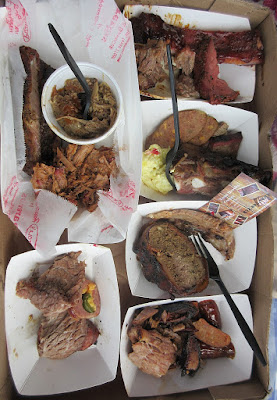 Tri tip, meatloaf stuffed onions, and even some root beer! 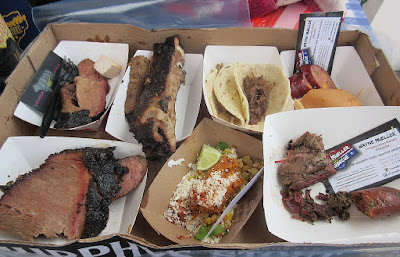 All the non-BBQ stuff was fun, but we were there for the brisket, ribs, and sausage.

The transformation of the food at this event has really been quite amazing.  At the first fest 4 years ago the food wasn't nearly this good.  This year I had some outstanding brisket at many different stations, many excellent ribs, and some wonderful sausage of all kinds.  Back in 2013, when we bagged the food we liked, we only had a small portion to bring back.  This year I filled one and a half gallon bags with excellent BBQ after I took my one or two bites from all 26 joints attending.  We managed to get through all 26 in the golden hour. 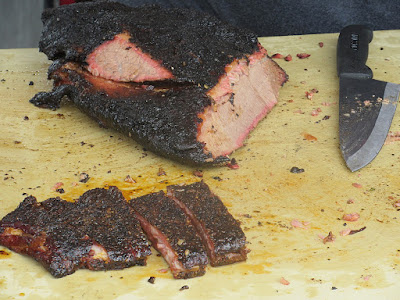 I am hard pressed to name favorites, but Roegel's beef rib was awesome and so was Killen's brisket and ribs.  Of all the brisket samples, I only dumped one that was tough and undercooked.  Same with the ribs.  While before I was doubtful, I think Houston finally has a BBQ scene that is really worth celebrating.  In fact, we had better BBQ in Houston than we did in Lockhart this trip.  Now that is a change I never thought I'd see! 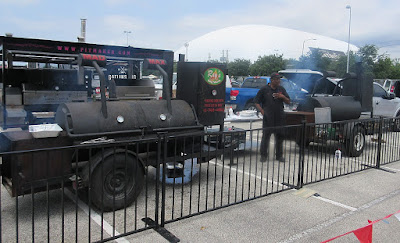 The long beer lines of past fests were gone.  I think the main change was more workers at the beer tent plus the roaming drink carts which moved inside with the patrons. 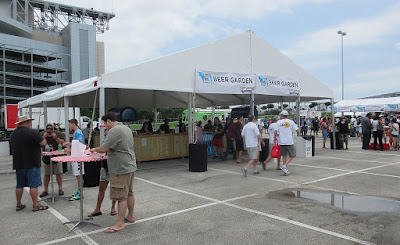 They also didn't have the formalized ID checking that goes on at Red Dirt and creates a whole line problem of its own.  My gray hair was my ID, but I'm sure they were checking the younger folks.  Common sense. 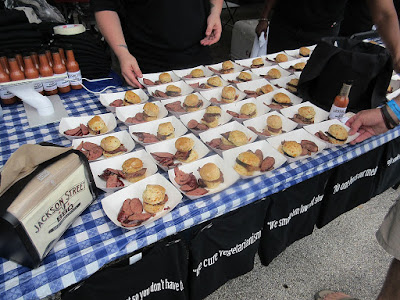 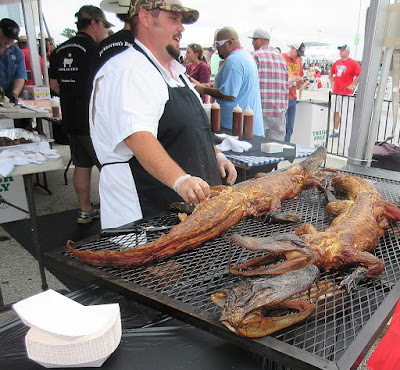 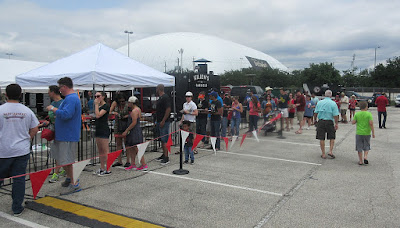 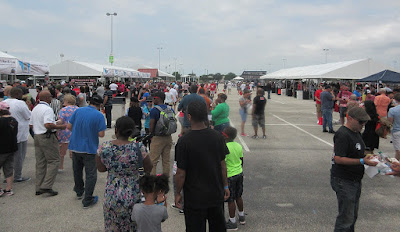 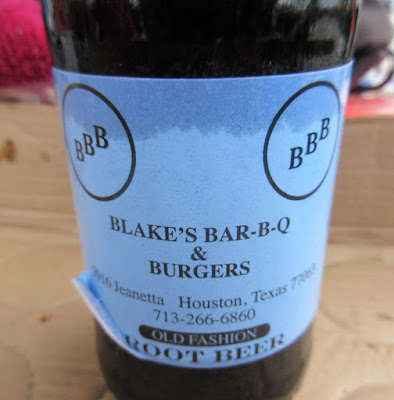 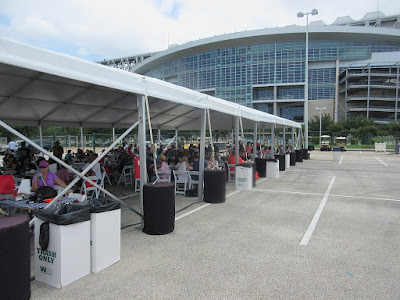 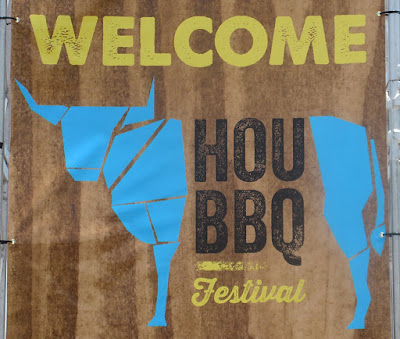 I'll add some photos of food and booths below.  Click on any photo for a larger view.
Posted by Don O. at 10:37 PM